A letter from Mary Wagner: "I was in prison and you visited me" 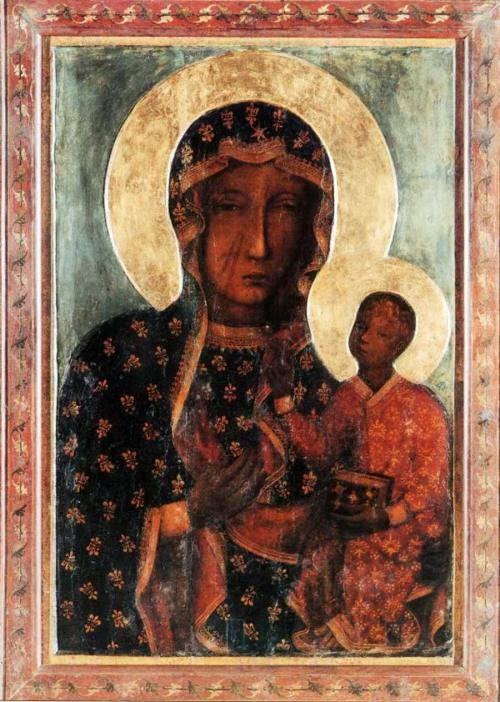 Last winter, while in jail, I heard from a friend, a priest in Poland, that there was the possibility of a visit to Vanier by a priest who was on pilgrimage with a replica of an icon of Our Lady of Czestochowa, or, “the Black Madonna”. Father Peter West, of H.L.I., had begun the pilgrimage two years earlier and was making his way around the world for the intentions of Life and Family. Though Father West had received the request to visit Vanier on short notice, he was able to find the time to come and say Mass – on the eve of the Annunciation!

The authorities at Vanier accommodated the unusual request of the icon visit and facilitated arrangements for Mass in the chapel. Twelve inmates were permitted to be invited and staff were also invited. About 20 employees came, mostly medical staff.

Father West gave us a history of the icon and he also explained how the “Black Madonna” had become a symbol of hope for post-abortive women: throughout history, attempts had been made to destroy the icon – hence the scars or slashes on her face – yet the icon remains intact, though evidently scarred.

Father spoke of God’s boundless love for each person from the moment of conception and of the grave harm of abortion and of the need for God’s mercy and forgiveness if one has been involved in an abortion. He spoke the truth in love to women – mothers – whose children had been killed in the womb. I saw tears in the eyes of the women, but I knew they were tears of healing. Someone was speaking the truth in love to their hearts, to a place that so desperately needed to be reached with God’s message of mercy.

After the Mass, we were invited to pray the first joyful mystery and to remain for a time to venerate the icon. We were then escorted back to the cell blocks, tangibly touched, renewed, by the graces we had received.

That evening two of the women who had come to Mass put in requests to see a priest for confession. One of them told me it had been many years since she had received the sacrament of Reconciliation, and that the invitation to Mass had given her hope.

The following day, the chaplain of the jail told me that several of the staff remained before the icon for a long time, touched that Our Lady had manifested her love in such a way, or perhaps simply moved by something they could not understand or put into words.

One of the officers who had escorted us thanked me for what had taken place the day before. (Glory to God)!

Thanks be to God for the Mass for the icon visit, for Father West and for all God is doing and giving within those prison walls, for both inmates and staff.

“And from his fullness we have all received, and grace upon grace” (John 1:16).

This letter is published with the  most kind and gracious permission of  Mary and Jane Wagner.