Does the Association of U.S. Catholic Priests support homosexual activity? 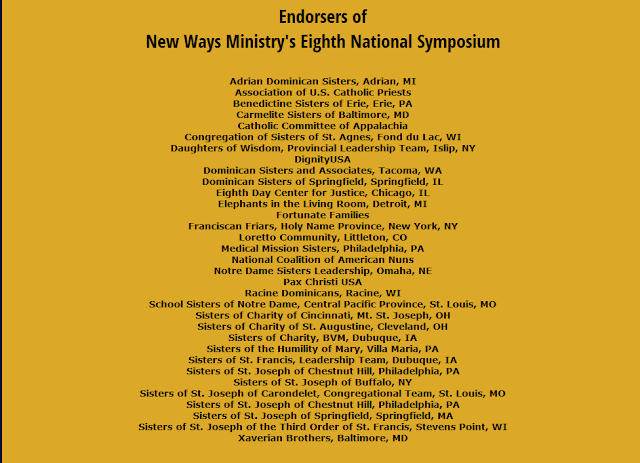 New Ways Ministry is a militant homosexualist organization that supports homosexual activity. What is homosexual activity? I suggest readers visit Joseph Sciambra's excellent website to learn more about the tragedy of the homosexual lifestyle, and learn about the horrible and perverted things men and women do to each other to seek ever illusive love. In truth homosexual people are not "gay", but the saddest of people. Homosexual acts are blasphemous caricatures of the unitive love of the Holy Trinity, whose love is reflected in the Union of Christ and His Church; this, in turn, being reflected in the union between husband and wife.

One then wonders why the Association of US Catholic Priests would endorse such an evil organization? Are these men fools? Are they unaware that New Ways Ministry endorses homosexual behaviour? Or, are they heavily infiltrated with militant homosexuals themselves? Let readers discern.

Readers will notice the plethora of convents in favour of homosexuality. This then begs the question: are these nuns' "convents" covens of lesbianism? 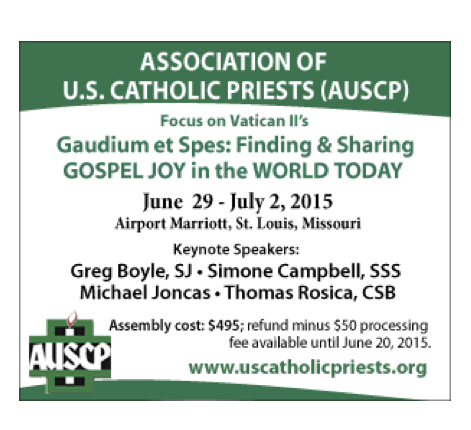 Perhaps in some or even many cases it comes down to the upscale, jet-setting lifestyle these Orders and people maintain. Leaving so-called religious life and working in the real world is not what these men and women consider an option.