BREAKING NEWS: Archbishop Gadecki: the giving of Holy Communion to adulterers is an "attack on marriage.... "

"You must remember - he added - that the Lord Jesus was merciful to those who repent, and sharply admonished those who were not going to repent."
Archbishop Stanislaw Gadecki

His Grace, Archbishop Stanislaw Gadecki of Pozan, President of the Polish Bishop's Conference, has once again spoken out against the proposal of the Adulterist Party of giving Holy Communion to the divorced and civilly "remarried". "Niedziela", carries an extensive analysis of a recent press conference.

The Archbishop called this proposal "an attack on marriage", that it would also mean a redefining of the sacraments of Penance and the Holy Eucharist. Gadecki also pointed out that discussing such an issue is inadmissible as a theological topic, as Catholic theology is based on the Gospel of Christ: the prohibition of adultery. In other words, it is a settled issue, there is nothing to discuss. 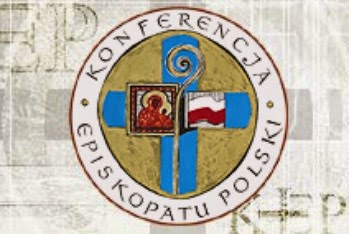 There is no possibility of granting absolution to an adulterer in an active new relationship, and permitting this person to receive Communion. The Archbishop also noted that so-called exceptions to the rule quickly become the new rule. Hence, those who propose this solution are just trying to fudge Catholics on winking at wide open acceptance of adultery. The Archbishop was also critical of fathers who suggested at the Synod to undermine the tribunal process of annulments and move them into a mere administrative setting.

Regarding transparency at the Synod, Gadecki noted that Fr. Frederico Lombardi, of the Holy See Press Office only invited certain bishops to press conferences, otherwise providing his own synthesis. The mid-term relatio was drafted in a certain direction, to give the (false) impression that this is where the direction was actually going. In actual fact, the rebellion and discussion of the second week showed the mid-term relatio to be false.
Posted by Barona at 06:58

The Archbishop touches the very theological core and danger and heresy of what is being proposed.

But let us not pretend that Pope Francis as Archbishop did not do just that which the Polish AB condemns:

In that article Sandro Magister spills the beans.

That is why, I recommend all to read this:

Lets put our faith into practice and follow the lead of the better clergy...