Has Toronto's Catholic teachers union been supporting homosexual activity since 1997? 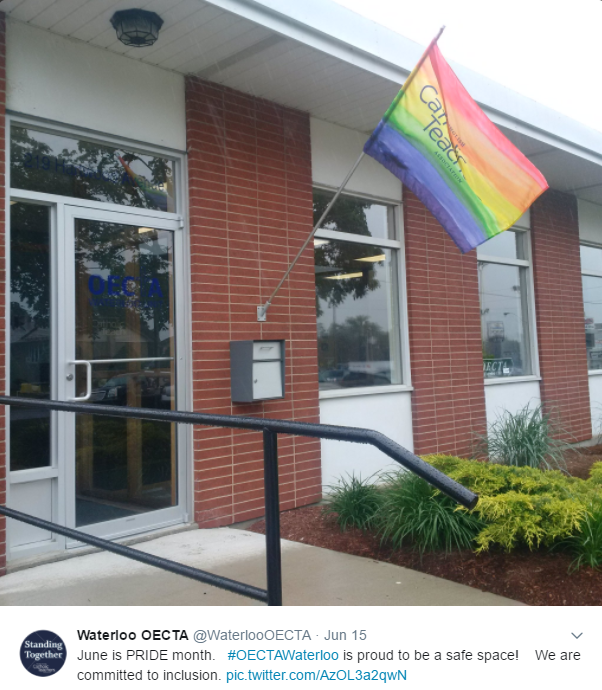 "All homosexual sex is categorized as sinful by the Catholic Church. This has a number of ramifications in the lives of Catholic gays and lesbians. It means that life-long chastity is the only way of life imposed on gay or lesbian Catholics, unlike heterosexuals, who always have the option of marriage.

This in and of itself places an enormous burden on gay and lesbian youth and adults. In a heterosexist society, adjustment to a gay or lesbian identity presents major hurdles. For the Catholic, the issue of remaining eternally celibate presents an additional burden... 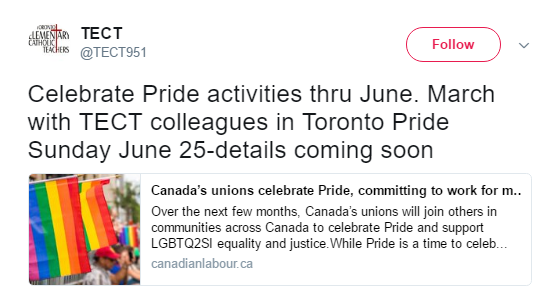 ...Gay and lesbian teachers want to present a positive role model of adjustment and pride in their sexual orientation for the sake of both gay and straight students.

But because official spokespersons for the Catholic Church constantly thrust the question of illicit lifestyle into any discussion of sexual orientation, coming out as a gay or lesbian teacher or student in a Catholic school is fraught with difficulties unimagined by heterosexual peers".

If these teachers were not teachers protected by a greedy union they could be considered child abusers. Honestly, they need to be prosecuted for endangering minors.
The problem is that the union is seeded with aged bitter females, homosexuals and young mentally ill feminists.
Only hope is to beg Our Lady to intercede with our constant prayer and to stand up to them.
Every taxpayer whether or not they have children in this corrupt unCatholic system should demand accountability .
The unions have a fiduciary responsibility to the taxpayers whether they agree or not.
Sadly, however, most parents of younger children agree with these agents of evil and abuse.
Lord have mercy on our souls.

Maybe next year, you should look into the other school boards adjacent to the TCDSB? Like the DPCDSB?