You, dear readers, decide. I ask you to consider the case of Ann Hawkins, who just stepped down after her term as OECTA President. A brief review of her Twitter feed discovers, a number of things, including her extreme political radicalism and her re-tweeting a militant call out in favour of abortion from the dreadful, pro-abortion so-called "women's March".

The Second Vatican Council calls abortion an "unspeakable evil". It would seem that OECTA does not share the considerations of the Fathers of the Council.

As President of a "Catholic" teacher's union, Hawkins is silent about Our Lord, and silent about things we would expect a Catholic teacher to support in educating children and young people as Catholics.

Obviously, the membership of OECTA were not concerned that Hawkins maintained a highly polemical and secular political Twitter account that consistently endorsed, supported, re-tweeted politicians and public figures who are well known for their animosity towards the Catholic Church.

A few examples of Hawkins' extremist support include: George Takei,  Van Jones, (the Chicago-born card carrying communist), Andrea Horwarth (militant pro-abortion Canadian politician), Chelsea Clinton, Michael Moore and Margaret Atwood. None of these people one could consider even marginally favourable towards Christ and His Church.

One final question. What are we to make of the teachers who elected Ann Hawkins as President?

Dear readers, please watch the video, review the screenshots and draw your own conclusions. If you have children in the "Catholic" school system in Ontario, prayerful consider withdrawing them and placing them in a spiritually safer environment.

Stay tuned to this blog, much more to come on OECTA and its radical, open and public agenda of undermining the Catholic Faith.

Video at the Women's March calling for abortion 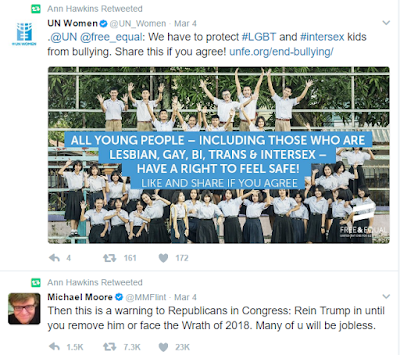 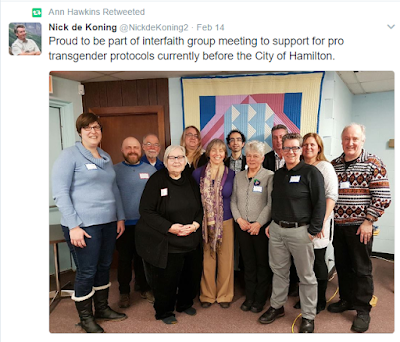 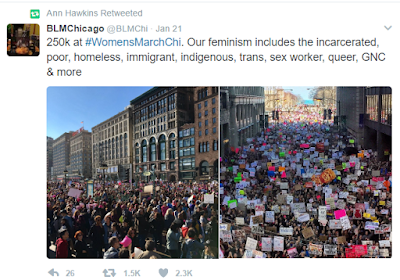 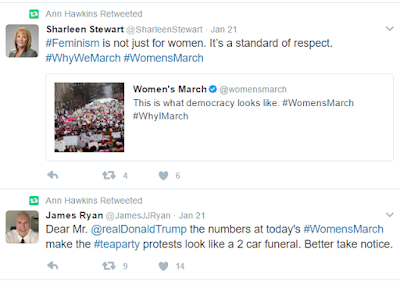 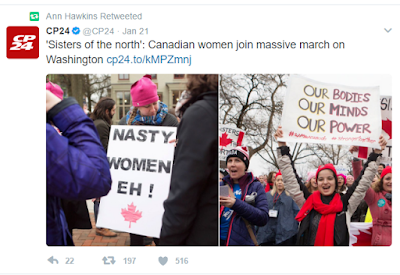 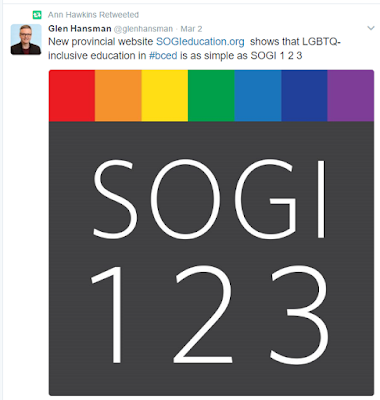 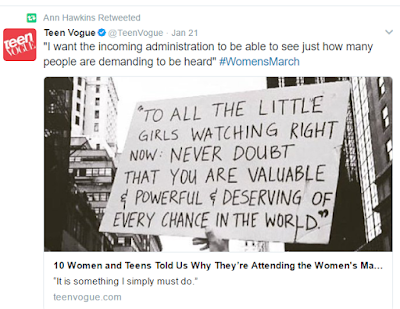 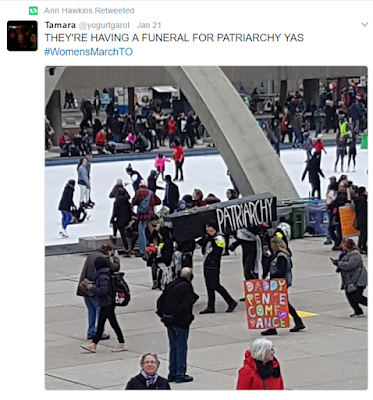 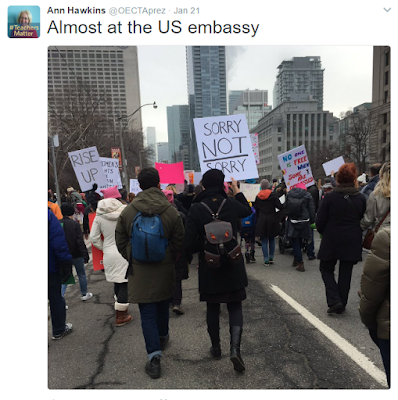 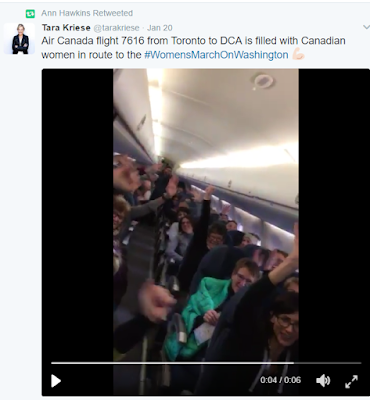 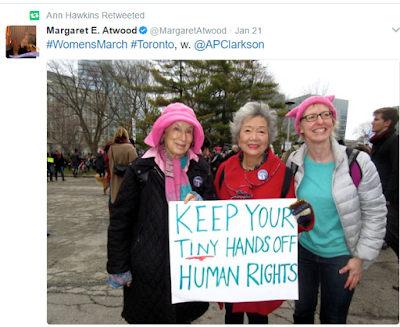 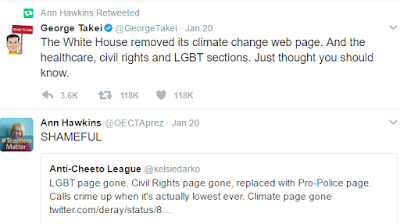 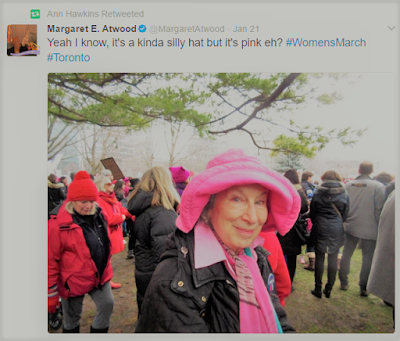 These pro-abort women rejected the past teaching of the Catholic Church on abortion, but they follow the teaching of the Bishop of Rome, Jorge Bergoglio, who promotes abortion while occasionally (when prudent) doing lip service to life.

May I remind you of his words and deeds? - He said that there is too much talk about abortion, he praised an Italian abortionist (who bragged about killing thousands a year with a bicycle pump) as one of Italy's greatest, he hosted population control, abortion and euthanasia promoters in the Vatican as his his advisors, he compared women to rabbits (Catholics don't have to breed like rabbits), he reinstated a condom-distributing Knight of Malta after removal from office...
I once read an article by an Argentinian, who claimed that Bishop Bergoglio was well known for diplomacy - he would praise pro-lifers in the morning, to encourage pro-abortionist at lunch. This man's, Bergoglio's understanding of aggiornamento is about enticing followers of bergoglian church to stay or to enter by making it into a willing part of the sinful, fallen world, not through encouraging the sinful world to reject sin, and to accept Jesus Christ.

Bergoglio goes so far as to encourage sin. He said that following all commandments interferes with one's ability to accomplish goals. Bringing babies (including already conceived ones) into one's life, we are told by increasing numbers of human females, interferes with their ability to enjoy life.

Our voices are irrelevant to those who want to kill babies, if they have a pope who praises a well-known abortionist "one of Italy's" greatest. That Bonino woman is praised, because she likes the so called social justice causes, and thousands of murdered babies are a logical result of this brand of justice. Bergoglio agrees, it is obvious.

Vatican 2 documents encourage & approve of interreligious dialogue.
"Muslims adore the one true God"
"The Jews are right in awaiting their messiah"
"The Jewish old covenant still exists"
"The Catholic church subsides in a community of faiths"
Every statement in quotes is from Vatican 2 documents.
Its not direct exact quotes.I toned them down in simple terms.
Nostra Aetate,Lumen Gentium,and a few others are the documents that state these blasphemies.
Yes,a few V2 documents are solid, orthodox & Catholic.
But,just like Martin Luther's explanation of the Magnificat,a heretical apostate is capable of writing a few lines of truth.