Catholic Archbishop exposes Islam: Mohommed was a "monster of lust, cruelty, and rapacity" (Part One)

Thomas Rosica CSB., wrote recently that the war cry of "Allahu Akbar" was never used for violence and destruction. His position is untenable and preposterous. Indeed, when one thinks of innocent men, such as Nick Berg, being butchered by Islamist monsters crying out "Allahu Akbar", it make one positively sick.

Such are the ecumenical delusions being indulged in by churchmen who should be - as priests of Jesus Christ - proclaiming Our Lord Jesus Christ as the only way of Salvation, and exposing Mohommed as the false deceiver he was, instead of professing foolish fantasies in non-existent "dialogue".

Readers may review what Rosica wrote on Salt and Light, (and re-printed in the arch-modernist America magazine) and then re-read it in light of what Archbishop Sheehan of Germia wrote in his Apologetics and Catholic Doctrines (4th and revised Ed. 1950, M.H Gill and Son Ltd, Dublin), and make their own judgment. 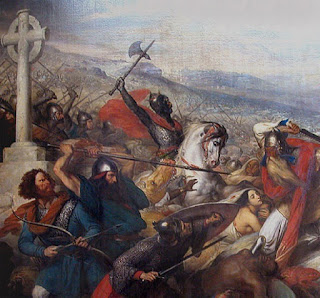 Mohommedanism, - The religion of Islam (ie., "submission to God's decree"), as it is called by its followers, was founded by Mohommed. He was born in Mecca in Arabia, 570 A.D. In early life he was a shepherd, but later became a merchant, and travelled to Syria and Palestine. He was much given to prayer and fasting, and was subject to epileptic fits. In his fortieth year he professed to have received a call from the Angel Gabriel to preach the worship of the one, true God to his people, the Arabs, who, though descended from Heber and Abraham, had lost the purity of their primitive belief, and had fallen into idolatry. His preaching was rejected at Mecca. He fled to Medina, where he succeeded in making many converts and in organizing a small army. In spite of some severe reverses he, he was enabled by his talents as a general and a leader to crush in detail the warring factions of Arabia, and to weld them into a formidable military state (630 A.D.) Towards the close of his life he showed himself to be a monster of lust, cruelty, and rapacity.  He died in 633 A.D. - The sum of his doctrinal teaching is expressed in the formula: "There is no God but the true God and Mohommed is His prophet". This single confession, however, implies six articles, viz.. belief in (a) the unity of God; (b) His angles; (c) His scripture - Al Koran, the sacred book which Mohommed wrote; (d) His prophets - among whom are reckoned Adam, Noah, Abraham, Moses, Christ and Mohommed himself, the last and greatest of all; (e) the Resurrection and Day of Judgment; (f) God's absolute and irrevocable decree, predetermining all things, good and evil (fatalism). His oral teachings is concerned almost entirely with externals. It prescribes forms of prayer, alms, fasting, the obligation of making a pilgrimage to Mecca, and of waging war against the infidel. It permits polygamy and divorce, and approves of slavery. As a motive to virtue, it gives the assurance of admission after death to paradise of fantastic sensuality. It offers a cheap method of getting to heaven, and derives a certain respectability from the fact that it possesses a written code. Within a hundred years after Mohommed's death, a succession of able generals spread his religion through all the neighbouring countries along the North African coast into Spain, and even across the Pyrenees. But the tide of conquest was stemmed at Tours by Charles Martel, 732. (pp.168-169).
Posted by Barona at 20:18

How can someone get in touch with the writers of this blog? is there a telephone #?


Traditionalists are not saying that Vatican Council II agrees with the dogma extra ecclesiam nulla salus and Fr. Leonard Feeney was correct : no comment on Islam and salvation
http://eucharistandmission.blogspot.it/2015/11/tradtionalists-are-not-saying-that.html


Michael Matt's response to the Paris terror is the same as Pope Francis
http://eucharistandmission.blogspot.it/2015/11/message-not-complete-work-in-progress.html