Why are the twittering priests so quiet on the most important refugee of all? ~ the unborn child! 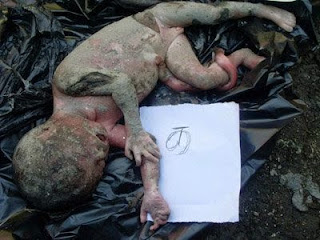 The following post was published on September 7th 2015. As I reviewed the Twitter accounts of a number of priests who have suddenly taken up the cause of refugees, I felt it appropriate to put refugees in perspective: let us begin with the most important refugee of all: the unborn child.

One must wonder why this sudden obsession. From whence it comes? Given that there are so, so many various and grave violations of human right, beginning with abortion that is met with a thundering silence: one must ask: why are these clerical talking heads so suddenly interested in people crossing from the Middle East, through Turkey, onto Greece, then into Germany, Austria etc.... and then - onto Canada, America? As an aside, I wonder how many of these refugees will reside at the former Basilian priests residence at St. Clair and Bathurst? I wonder how many will be put up at St. Martha House in Vatican City? Come to think of it, if the Pope returned to the papal apartments he could free up an entire floor for refugees.

The unborn infant, about to be aborted in his or her "country" - the womb of the mother - is therefore in grave danger of being ejected through deathly violence from his or her "habitual residence" (c.f. Art. One; 1951 Refugee Convention).

This tiny refugee, is so helpless, so vulnerable, that he is even unable to flee from the imminent persecution that will take his life. And there are hundreds of millions of these tiny, unseen refugees. Unable to flee, our little refugees are murdered in various ways.

He may be killed with drugs, given to him to trick him to leave his residence and die. Or, he may be literally suctioned out of his residence like trash into a vacuum "cleaner". If his little head is too big, it will be crushed with forceps. Or, the assassin may decide to inject his helpless little body with saline; as the salt gets into his lungs he will suffocate and struggle. His little body will be horribly burned. It may take up to six hours for him to die this most painful death. Others may decide to kill little refugees with a sharp instrument of death and chop our little refugees up before vacuuming him out from his place of residence. 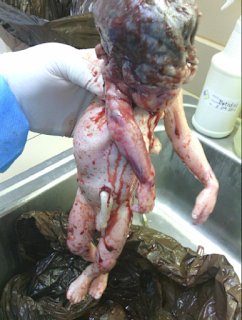 Still others may induce a little refugee to begin to come out of her place of residence: the technique here is to locate her legs and drag her out of her residence feet first, then to viciously slaughter her by stabbing her through the back of the neck into her brain. Our little refugee dead, her brain is sucked out; her  skull collapses, she is completely removed and disposed of as trash, waste. Yes, human beings, created in God's image and likeness are reduced by our evil world to trash.

I have a dream. I dream that the Church and all Christians and men of good will speak out as vocally as they are doing for other refugees who are far, far - infinitely so in less danger of persecution and death. And death: the most brutal, painful and sadistic death that is unimaginable!!

I have another dream. I dream that one day the media will proclaim the truth about these little refugees, their humanity.

Our only weapon now is the Rosary: the Queen of Heaven has given us the one tool, that we can use to fight the "red dragon" (c.f. Rev 12:3) who leads the charge of mass murder of these tiny unseen refugees: the dragon, who is the chief organizer and spreader of this conspiracy of silence, denial and lies about these little refugees.

Two thousand years ago, this same dragon sought to murder a little unborn baby. Before this baby was born, the dragon already sought his death. God intervened and days after his birth, his parents fled as a refugee family to a distant land. This baby has a name: Jesus. He has a title, many titles. One is the Lord of Lord and King of Kings. And yet: He is the greatest of refugees. How we must love the refugee!

The dragon, the organizer of this mass murder of these helpless refugees has a name: Lucifer. He has a title: Satan. For he is the "prince of this world". He is pure evil and the father of lies. He is the father of the culture of death. And he is demanding from his slaves the human sacrifice to him of these little refugees, these unborn babies whose blood is crying to Heaven of Vengeance!

With the Rosary in hand we can make this dream a reality! The Queen of Heaven is calling to us to Her Crusade for Life: what are we waiting for? To arms!
Posted by Barona at 18:00

I cannot express the shame and anger I feel towards our bishops and cardinal... where is their defence of human life? Where ? raising money for their 'family of faith' this a such a bunch of BS -- not one word in the election guide on abortion -- they actually completely dehumanized the unborn children by referring to them only as a fetus, that's it. That is the only humanity that these helpless, children, get from our church hierarchy. Scandalous, heart-wrenching, gut-wrenching -- we had a world day of prayer for the environment, where is the world day of prayer to end the massacre of abortion?

The answer to your question in this blog post is sad but simple: the Church (this includes the "faithful") has for the most part given up on abortion. The evidence can be seen in every Western country. Where are the protests? Where is the outrage? Where are the homilies? It's the business of the culture of death as usual. In Canada, with the exception of some pro-life groups, we have for nearly two generations capitulated to this evil. May God have mercy on us!

We are in the age of Pope Francis. Left-wing causes like the environment trump such things as the Gospel of life.

My heart is literally breaking for the cause of these forgotten and forlorn innocents, who have no voice but ours. Thank God for those who speak up for them. People are using memes on facebook to compare refugee children to unborn children like they can say one is more important than the other - NO! both are important! They are all loved by God. I can no longer remain silent for their cause. Their cause has been crushed and people speak of these precious ones, unborn children, as if they are nothing. But God sees them, and loves them, and calls us to speak for them. We must also do so with a heart of love, for the mothers - so they see they have a choice to have these precious children. It goes even further to educating young people about relationships, abstinence, wisdom and keeping God's ways - and if someone happens to get it wrong, we can help them with love and compassion, but more must be done to educate people and fight for the forgotten and voiceless.