The Pope speaks on economic issues: wealth is not "rightly distributed and equitably made available..." 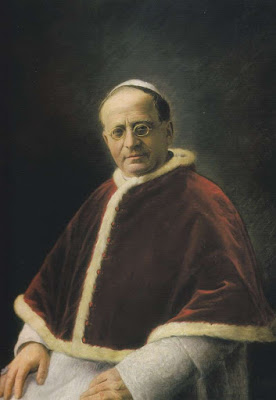 The Popes over the past 100 plus years, have from time to time addressed economic issues. From Leo XIII to the present, Popes have commented on economic issues that may have moral implications and therefore on the spiritual welfare of peoples.

The other day Pope Francis addressed the Pontifical Academy for Social Sciences, speaking on issues of the common good, social justice, the huge inequality between the poor and extremely wealthy. Here we quote from Pius XI’s Quadragesimo Anno (No.58-61)

To each, therefore, must be given his own share of goods, and the distribution of created goods, which, as every discerning person knows, is laboring today under the gravest evils due to the huge disparity between the few exceedingly rich and the unnumbered propertyless, must be effectively called back to and brought into conformity with the norms of the common good, that is, social justice.

...certainly the condition of the workers has been improved and made more equitable especially in the more civilized and wealthy countries where the workers can no longer be considered universally overwhelmed with misery and lacking the necessities of life....Added to them is the huge army of rural wage workers, pushed to the lowest level of existence and deprived of all hope of ever acquiring "some property in land", and, therefore, permanently bound to the status of non-owning worker unless suitable and effective remedies are applied.

Yet while it is true that the status of non owning worker is to be carefully distinguished from pauperism, nevertheless the immense multitude of the non-owning workers on the one hand and the enormous riches of certain very wealthy men on the other establish an unanswerable argument that the riches which are so abundantly produced in our age of "industrialism," as it is called, are not rightly distributed and equitably made available to the various classes of the people.

Therefore, with all our strength and effort we must strive that at least in the future the abundant fruits of production will accrue equitably to those who are rich and will be distributed in ample sufficiency among the workers - not that these may become remiss in work, for man is born to labor as the bird to fly - but that they may increase their property by thrift, that they may bear, by wise management of this increase in property, the burdens of family life with greater ease and security, and that, emerging from the insecure lot in life in whose uncertainties non-owning workers are cast, they may be able not only to endure the vicissitudes of earthly existence but have also assurance that when their lives are ended they will provide in some measure for those they leave after them.

Email ThisBlogThis!Share to TwitterShare to FacebookShare to Pinterest
Labels: Crisis in the Church, Gospel of Life