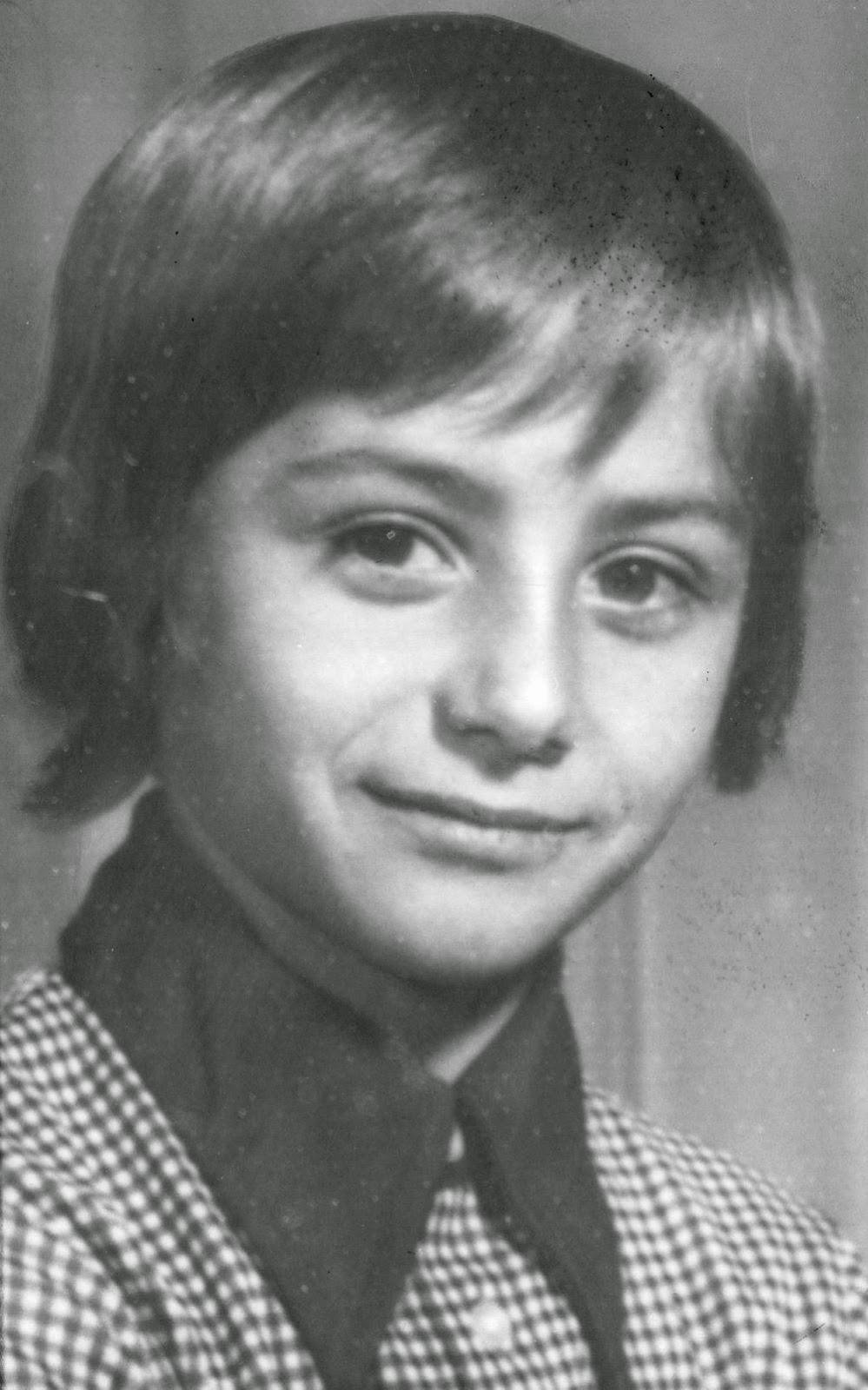 In 1977, Emanuel Jaques, only twelve years old, was sadistically murdered after suffering many hours of homosexual rape in Toronto. May Emanuel's innocent soul rest in peace.

Sadly, Emanuel came to the attention of the demonic, perverted lust of four homosexuals, who abducted, sodomized and murdered the innocent young boy after twelve hours of sexual abuse and homosexual rape. Emanuel was eventually drowned by two of the four monsters, who held our little saint's head in a sink of water.

Emanuel Jaques was the son of very poor Catholic Portuguese immigrants. Young Emanuel, to help his parents, made a few dollars by shining shoes on Toronto's Yonge Street.

Please, during this time  - on this dark and wicked weekend - reflect on the death of this innocent child, done to death by evil, perverted men.

Pray too for the conversion of the homosexuals who raped and murdered him.

Pray for the conversion of all those "Catholics" and "Christians" who have been seduced by homosexual propoganda into believing it is just an alternate lifestyle. No, it is one of four sins that cry to Heaven for vengence; without repentance, it will put the homosexual in Hell.

May the Church raise young Emanuel to the Altar, may he be declared a saint.

Emanuel Jaques, pray for us

'I am writing these things to you so that you may not sin. But if anyone does sin, we have an advocate with the Father, Jesus Christ the righteous; and he is the atoning sacrifice for our sins, and not for ours only but also for the sins of the whole world.'
1 John 2: 1-2

The photograph of Emanuel Jacques reminded me of my late younger brother.
Trusting children are targeted by pedophile rings, which operate both locally and internationally and sometimes with the protection of the law.
Is it any wonder that the New Testament speaks about 'the mystery of iniquity'?

John Wedger, a former English detective with Scotland Yard, was warned off investigating secret and highly organised child abuse networks - warned off by his own senior commanding officer!
Children were being taken out of care homes at weekends and prostituted.
Mr Wedger said that this is happening in towns and cities across England.
See him on YouTube:

Mr Wedger appeared before the International Tribune for Natural Justice (ITNJ) and the evidence that he presents is extremely disturbing.
The existence of powerful pedophile rings in Britain has been raised in the House of Commons by a Labour MP who is a member of the shadow cabinet. This can also be seen on YouTube.
Investigations came to a dead end.

As you say, the men who are guilty will face a far more terrible judgment in eternity than any tribunal on earth.
For now we pray for all the children who suffer like Martin Jacques.

"without repentance, it will put the homosexual in Hell. May the Church raise young Emanuel to the Altar, may he be declared a saint."

When Sodom was destroyed, EVERYONE in the city was destroyed (sames w/when Jerusalem was destroyed). In parallel 19-21 Judges, Israel didn't declare the concubine a saint (?) but they destroyed the entire tribe that committed the rape to death of the concubine including women, children and beasts. To think only the sodomites, but not the society that allows them to commit these crimes (and even celebrates them and tells them to be proud of their 'lifestyle') is not Biblical (Godly). Same w/abortion murdering 60 million--all that sit by will be punished.

Our countries are being wiped out by God right before our eyes: Children are an inheritance from the Lord; the fruit of the womb is a reward. (But more white/western people are dying than being born.) Give not thy honour to strangers, and thy years to the cruel. Lest strangers be filled with thy strength, and thy labours be in another man's house, (but aliens are invading our countries)

Anonymous has touched the heart: 'Children are an inheritance from the Lord.'

The murder of Emanuel Jacques has been on my mind all day and night.
Living in Britain I had not heard of Emanuel's murder until reading Barona's heartfelt words.
The suffering of Emanuel in the last hours of his life is too terrible to think about, yet think about it we must.

Many years ago my English teacher (a devout Catholic who saw active service in World War 2) told us that G.K. Chesterton came to conviction in Jesus Christ through a realization of the reality of evil.
Os Guinness takes the same approach in talking to atheists.
Dr. Martyn Lloyd-Jones said that sometimes Satan goes too far and makes us realize how dependent we are on Jesus Christ and the Holy Spirit.

The enemies of Christianity such as Sam Harris and Valerie Tarico are the children of American postmodernism whether or not they eschew postmodernism as a legitimate discipline.
They have little real grasp of world history.

Jean-Paul Sartre said, 'Atheism is a long, cruel business.'
Bertrand Russell in his memoirs said that at the centre of his being there was a terrible emptiness; and that he was searching for something he could not find.
Alexander Solzhenitsyn said that the only freedom possible inside the Gulag Archipelago was the freedom to pray as a Christian.
The scientific atheist H.G. Wells was asked near the end of his life who he thought was the most important person in history. 'There is no question,' he said, 'it is Jesus of Nazareth.'

In order to prosecute their case the New Atheists like Sam Harris need to rewrite the story of Jesus of Nazareth. The Jesus of the Gospels and of Paul's letters is their Enemy Number One; and they are determined to remove the Jesus of faith from the collective memory of the West.
This has happened with brutal rapidity in British schools with the collusion of our politicians and policy makers.

The murder of Emanuel Jacques can only be understood in the light of Christian revelation. To believe in revelation is not to leave reason behind; revelation and reason work in harmony.

Saul of Tarsus is now recognized as one of the most brilliant minds in history.
Yet this man who was as proud as a peacock was brought down into the dust on the road to Damascus. In the dust Saul saw that sinners are in need of a saviour.

Emanuel Jacques pray for us; for the light of Jesus Christ is being extinguished all over this post-Christian world.

If we speak of demons, we Face accusations of mental illness. Yet how else can such behaviour be explained?

Maybe when they try to legitimize pedophilia, coming very soon, they will tip their hand and we can expose them to the light.