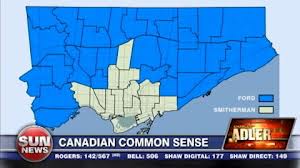 Rob Ford is essentially a poke in the eye of Toronto's elites on the part of middle class suburbanites who feel disenfranchised and taken advantage of. Indeed, it is hard to imagine a greater insult to the powers that be than to foist an overweight, football loving, beer swilling mayor on them. Someone recently pointed out to me that he is an embarrassment to the city when he represents us to other cities. This rather begs the question of just who these governing elites are who are so easily embarrassed.

When I first arrived in this city the trappings of Toronto the good were all around me. The place virtually shut down on Sundays and beer and liquor consumption was strictly controlled. Arcane licensing laws required some places to serve alcohol only with meals leading to a bizarre menu item called simply "the minimum" consisting of a few slices of bread, cheese and cold cuts pulled straight from the refrigerator already prepared on a plate. The food was bad but no one was really expected to actually eat "the minimum", it was merely there to provide legal access to alcohol.

Prejudice and bigotry were not immediately apparent but people in the old Eaton's print shop could still tell stories of when an Italian would not be hired by the store. Delving into Toronto's past reveals a long history of Irish immigration and an equally long history of  discrimination against them. This is referenced in a current television series set in 1890's Toronto, Murdoch Mysteries, where the main character is denied a promotion because of his Catholicism.

By the time I arrived, things were beginning to change, and not for the better. Yonge Street was riddled with body rub parlors, strip joints and other x-rated "entertainment" venues. Paradoxically, while the elite saw no harm in x-rated "entertainment" so long as it was not in their backyard, they supported the government monopoly of the LCBO. The rape and murder of a 13 year old boy, Emmanuel Jaques, prompted a cleanup in late 1977. Two decades later saw Toronto's last dry neighborhood, the Junction, repeal its alcohol ban. Just yesterday a CBC news report mentioned the possibility of selling the LCBO and allowing the sale of alcohol in other stores.

What has not changed is Toronto's habit of being governed by elites. After the War of 1812, the governing elite was known as the Family Compact. While Canada has never had a hereditary nobility, the upper classes and governing elite filled the void. The Family Compact was characterized by its conservative nature, Tory affiliation and loyalty to the established church and class. Like any elite, it dictated the social mores, customs and values of Toronto society.

The character of today's New Family Compact has changed markedly from that of years past. It has moved from a conservative elite to a liberal elite. Often they are far more propertied than the lower classes they champion. In Toronto's Beaches neighborhood it is a running joke that all you need to do to start a flurry of community activism is mention the words "group home" in a conversation. The fact is that social services of various kinds decline markedly once you get east of Broadview. Check out the Toronto 211 website and see for yourself. The NIMBY (not in my back yard) syndrome is alive and well. Low income housing may well be a problem but don't you dare build one of those high rise complexes here. In my neighborhood the dog grooming parlors outnumber grocery stores four to one.

Like its 19th century counterpart, the New Family Compact is the arbiter of social mores and morals. However rather than traditional family values it espouses a sort of genteel liberality and a secular orthodoxy. The one thing that is not permitted is to espouse a morality that is at odds with this secular orthodoxy.  I have caused raised eyebrows by letting it be known that I am Catholic at a party. The real shocker was my claim that the four years I spent being taught by Dominican nuns were my best school years. Appearances are important as is political correctness. A well dressed, politically correct George Smitherman is to be preferred to an overweight, unattractive and crude Rob Ford in spite of the fact that both men are notorious for an inability to foster consensus.

Let's be honest here... in large part what we are dealing with is stereotypes and amalgamation induced political tension. As American syndicated columnist Dave Barry puts it:

I wish I could come up with a Canadian who could put it just as well.

An interesting issue evolving out of this control by the elite, is how they are ever quick to inflict pain and suffering on the efforts by the working classes to attain the simple pleasures in life. A drink, a smoke what have you - the State is quick to ram the prices up with heavy taxes; a minor inconvenience for the rich, but for the working poor?

Interesting also is the recent comment by the NDP on the proposal to relax some of the State control over alcohol The NDP's pretext to continue the enforcement of government control over alcohol was government revenue would go down. Two issues: 1) the NDP is by default admitting that alcohol carries heavy taxes (a burden on the poor); and 2) the NDP were caught out in a lie - no, the government would actually increase revenues if it freed the LCBO (cf. Strategy for transforming Ontario's Beverage alcohol system, 2005). In essence the NDP leadership (part of the liberal elite) have a pre-set "morality" vis-a-vis drink etc. The common man cannot be allowed to be the judge of where, when and how much he should drink: it must be heavily regulated by the State,. and even more heavily taxed. And don't even talk about a smoke.

Oh let's do talk about smoking. My own habit costs me about $17 for a 50g pouch of tobacco. Only by severely restricting myself to two pipe fulls of tobacco in the evening am I able to afford it at all. Faced with such exorbitant pricing the market for bootleg tobacco products grows. It is prohibition all over again with the rich always able to obtain a drink but the poor having to resort to far less savory and sometimes dangerous products. My grandfather ran a malt and hops business during the prohibition era so homebrew alternatives were quite common.

"Nobody who has an abstract standard of right and wrong can possibly think it wrong to smoke a cigar". Chesterton