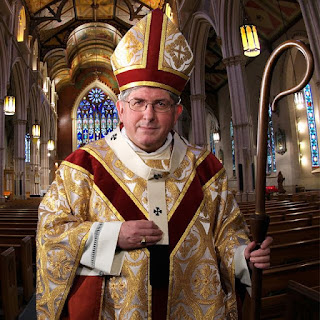 Dear Clergy, Religious and Lay Faithful of the Archdiocese of Toronto,
I pray that you have been filled with the joy of the Easter season, despite the trials we are all living through during this time of pandemic.
The Fundamental Importance of Sacramental Life for Christians
In 1998, in his great apostolic letter, Dies Domini, on the importance of Sunday, Saint John Paul II described the sacrifices the Christians of the Roman Empire made to participate in the Sunday Eucharist:

“When, during the persecution of Diocletian, their assemblies were banned with the greatest severity, many were courageous enough to defy the imperial decree and accepted death rather than miss the Sunday Eucharist.
This was the case of the martyrs of Abitina, in Proconsular Africa, who replied to their accusers, ‘Without fear of any kind we have celebrated the Lord’s Supper, because it cannot be missed; that is our law;’ ‘We cannot live without the Lord’s Supper.’” (Dies Domini, 46)

Link: https://www.archtoronto.org/media-centre/news-archive/chancery-news/Cardinal-Collins-on-Pandemic
Posted by Irenaeus at 17:26

"With the virus rampaging through the community, the most fundamental instruction from the health authorities is: Stay at home. That is why our churches are temporarily closed".


"stay at home". As that stands that is absolutely wrong advice. Microbiology 101 teaches that the immune system is built up through constant interaction. I guarantee that if and when they lift the "all clear" there will be a large spike in infections (and I am not referring to SARS-COV-19. People need to get out, and begin to interact. If you don't believe me looking up in your medical dictionaries.


"...we still see a large number of cases in long-term care facilities, an especially painful reality since it prevents loved ones from being physically present to parents, grandparents or relatives, even in their final hours".

Comment: The lockdown - so we were and are being told is to "protect our vulnerable and elderll population". Well, we shut the Province, boarded up our churches, wrecked the economy to enact this "protection". Let us now look at the results.

Over 70% of Ontario deaths have been in LTC facilities. No surprise there given the disgraceful manner in which most are administered, mismanaged, understaffed and run as for-profit. I guarantee you that these facilities having two weeks ago already 30%+ rates of infection are at herd immunity levels.

Further I have spoken to families who have loved ones inside. I can tell you that these families wish to be with their loved one, and steps can easily be taken that this can be done. They absolutely reject this draconian and barbaric approach to "protection". The mistreatment and the biomedical, outdated model being forced on families and their loved ones inside these facilities is an outrage and scandal. There their is no autonomy, no human rights. Person-centred care" is in name only. The entire manner of this enforced lockdown on our vulnerable and elderly has been an absolute disgrace!!! The one benefit is that the lie, the dirty secret is no longer hidden. It also exposes the massive inside coverup by companies, administrators, physicians, nurses, and politicians who have enabled and legalized these institutions.

What the Cardinal did NOT address is why our churches are closed for private prayer when liquor stores are open, beer stores are open (cesspools of filth at the best of times), hardware stores, etc., etc. I guess adoring Jesus Christ in the Blessed Sacrament is not "essential".

Regarding the Cardinal's statement - yes, I would agree that some things are lacking. For myself, I would like to see a plan spelled out for the laity so we have some concrete idea as to when things will come back to some normalcy. Hopefully that comes sooner than later.