Three years after becoming a traditionally-minded Catholic: A reflection 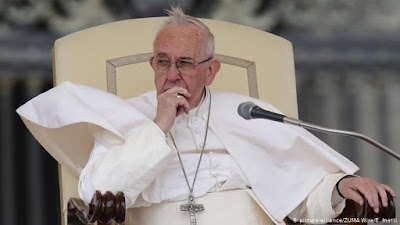 Lately, I have been feeling rather worn out and unmotivated to blog anything profound and original, despite my earlier injunction to keep calm and resist on. My mind has been on many things.

In a few short days, it will be the third year anniversary of the moment I admitted there was something deeply wrong with the Novus Ordo, and began looking for the nearest TLM to attend.

It has been a long three years, three years I wish I could easily forget.

When I became traditionally-minded, I imagined everyone would get along, and people would be in accord about what is important and what is not important.

That turned out to be far from the case.

While it started off fairly well in October 2016, I soon became embroiled in intra-traditionalist disputes. I was involved in the Giles Mongeau Affair at the Toronto Oratory. A post I made at Vox Cantoris about the constant pandering to the youth by this current pontificate made me an easy target for the man behind the Toronto TLM Serving blog, who directly insulted my intelligence and threatened my spiritual welfare, all because I associated myself with Vox Cantoris. (His insults still rankle me, I must admit.)

More recently, I fell out with local traditionalists who I considered my friends, because my conscience could no longer justify the gossip (which I willingly participated in, to my regret) they were spreading about others. While I am healing from this and coming to terms with my own culpability in the matter, it still hurts, because I honestly thought they would be courageous enough to apologize and work with those they have stated ideological differences with.

Many times, I have been tempted to flee this personal madness and return to the Novus Ordo, where I did not have to deal with all of this (seemingly frequent) infighting. Even now.

But then - I remember. There is madness and infighting there too. It is why I left the Novus Ordo and began to attend the TLM near exclusively three years ago.

Right now, I am happy with the decisions I have made. I have made positive steps towards figuring out what my calling will look like. I attend the Old Rite Mass offered by a diocesan priest (a man I consider a friend) at a local chapel as often as I can. It is a quiet place, and the regular attendees do not cause any fuss, while helping Father a great deal. My list of close friends is quite small now. Life is quieter - I focus on maintaining the friendships I have, being there for my family, and hope to God I am drawing ever closer to Him.

In short, the madness and infighting I have witnessed have been a blessing. A blessing that hurt, yes, but a blessing nonetheless.

Friends, do not give up. We are under a great shadow, a shadow which is eclipsing the Church belonging to Christ. I daresay the primary one casting this shadow is Pope Bergoglio. This is causing great consternation among the faithful. It is why we are seeing the madness and infighting becoming more and more incessant with each passing day - among all sorts of Catholics.

What keeps me going is remembering that the night is darkest before the dawn. The current madness and infighting will not last forever. The sun will light up the horizon at some point. It is only when we are deep in the depths of night that we are tired, worn out, and unmotivated to carry on the battle.

Even so, I daresay the dawn is already breaking.
Posted by Irenaeus at 11:38

You say that your number of close friends is small.
This may always be the case, and IS the case for a great many people, including agnostics and atheists.

Bear in mind that there are many isolated souls who have no friends at all, and little chance of a relationship.
Think of all the people who are without Christ and without hope.
They need to hear from you.

It is disturbing to hear about gossip (i.e. character assassination) among Catholics.
Whenever you feel like criticising someone who is not present, always bring that person clearly before your inner eye.
Say what you are saying as though he or she is present.
Say nothing about that person that you wouldn't say to his or her face.
On the Last Day we will have to give an account for every word spoken in secret.

I have a number of acquaintances who are not Christian, but I only experience spiritual kinship with brothers and sisters in Christ.
Liberal Protestants (who now call themselves Progressive Christians) really belong to another religion as Gresham Machen said.
I feel as much a stranger in their churches as I would among Unitarians or Jehovah Witnesses.

As a former Roman Catholic I find the church of Bergoglio unscriptural.
This is the man who goes round telling everyone that he is a child of God.
Everyone is made in the image and likeness of God, but without Christ, we are dead in trespasses and sin.

The Catholic Church lost its missionary identity after Vatican II.
Both Pope Paul VI and John Paul II received and blessed the cult guru Sri Chinmoy Ghose (see the photos on the Internet), a man who denied the lordship of Christ, boasted that he possessed 'God consciousness' and ruled over his disciples like a tinpot dictator.

The Evangelical theologian Leonardo De Chirico said that the Vatican II Church is searching for experience outside itself, and wants to enrich itself by drawing a number of pagan cults to its bosom.
One Vatican II document said that Hindus can have perfect union with God!

The vacuum left by the general collapse of the Christian faith in Europe is being filled by Buddhism, Mindfulness which is rooted in Buddhism, spiritualism and the occult.
At the same time there is a healthy interest in the sciences.

Yet for all the growth of knowledge in neurology and astrophysics, men and women are still wretched, still given over to acts of self-destructiveness, still unable to face the shortness of life and the certainty of death.

'For (Christ's) sake I have suffered the loss of all things and count them as rubbish, in order that I may gain Christ and be found in him, not having a righteousness of my own that comes from the law, but that which comes through faith in Christ, the righteousness from God that depends on faith.'
(Phil. 3:8-9).

I feel your pain. Yet, I am confident that, despite the distraction of intra-church trench warfare, we can (and must) remain hopeful and trusting in the victory in Christ and the promise He made to the Church, the Catholic Church.

Remain Tradition-minded; avoid the acid pool of gossip and other behaviour unbecoming the brethen.

Just a thought for the writer! Perhaps it is not necessary to apologize. Sometimes it seems like a good idea to do things that actually are better handled simply by letting God handle them, the passage of time, distancing. It gets to look like pride, NOT saying you have that... but sometimes we think of stuff, of doing stuff or adjusting what we wrote or said or even impressions we think we left... surrendering our conceptions, which since they probably revolve around damage control to our own self-concept are self-serving after all, can help; we are not responsible for trying to repair what has already changed again with the passage of time.

You didn't hate; but whispered - it's very damaging and surely awakens the desire to control damage, but one could chose to trust Divine Providence and simply rest in the knowledge that never again, will you stand with whisperers thus easy matter not to join them.