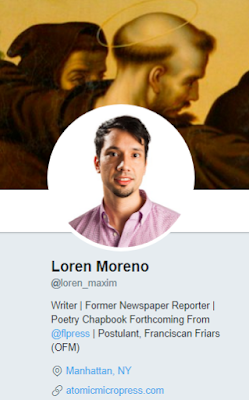 What on Earth is going on the Holy Name Province of the Franciscans? From whence this obsession with homosexuality?

These images, which were captured recently, seem to indicate there are some serious issues in the Province, serious enough that people like Loren "Malulani" Moreno are leaving.

Prior to joining the Franciscans, Moreno had made a little career for himself writing "queer" literature. 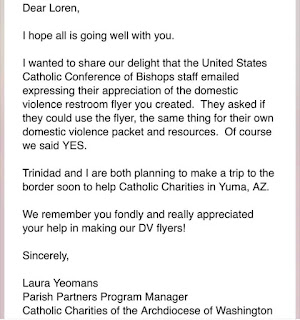 Is Moreno displeased enough with the Franciscans of the Holy Name Province that he not only reveals its homosexual nature, but also badmouths them? 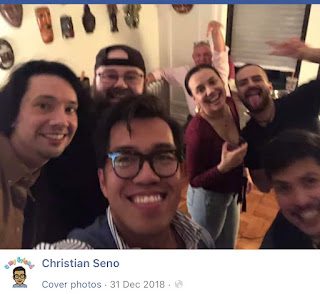 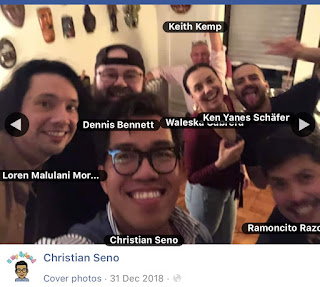 Moreno chums with Christian Seno and Ramoncito Razon. Both have publicly advocated for acceptance of homosexual activity.

Seno has gone so far as to claim that the Catholic Church does "violence" in teaching that homosexual acts are sinful. Seno wrote:

"The Church’s limited view of human sexuality, which is placed at the service of procreation and confined within the boundaries of sacramental marriage, therefore effectively prohibits LGBT persons from expressing the fullness of their humanity by excluding them from participating in healthy, generative relationships and mutual expressions of love".

Seno then offers his solution:

"...the Catholic Church must revise its teachings on human sexuality in general and its views on homosexual orientation and gender identity in particular." 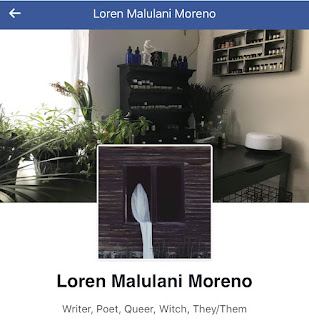 From Franciscan to being Queer and a Witch. 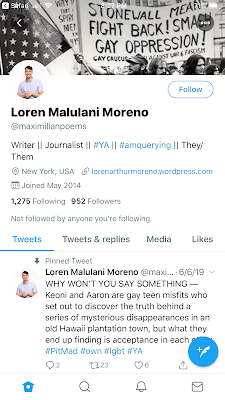 Moreno has openly supported LGBT ideology for years, well before he joined the Franciscans. 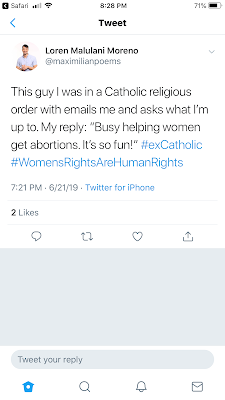 Here, Moreno "joking" proclaims his support for abortion.
Would he joke about Hitlerian atrocities?

It is no secret that the Franciscans of the Holy Name Province - in direct contradiction to the One Whose Name they bear - openly hate Our Lord. The Province evens endorses its "gay" parishioners to meet in gay bars.

Christian Seno, Dan Horan (who is on public record denouncing the "March for Life"), and now Loren "Malulani" Moreno have openly contradicted many of precepts prescribed by St. Francis of Assisi when he established the Franciscans in 1209.

Homosexuality and abortion are openly supported by these three men.

At least Moreno had the honesty to leave the Franciscans. Seno, Razon and Horan are still in the ranks, blatantly disregarding the vow of poverty while they are at it, too.

Please continue to pray for those who suffer from same-sex attraction, that they will hear God's call to chastity and purity.

The Toronto Catholic Witness Dossier on Holy Name Province can be accessed HERE.
Posted by Irenaeus at 06:30

Email ThisBlogThis!Share to TwitterShare to FacebookShare to Pinterest
Labels: Franciscans and Homosexuality, Homosexuality

These men are formal heretics with souls in mortal danger. They have more than one sort of demon attending them.

According to Holy Name Province "Friar News -- Transitions" Seno is out of the Order in April and Razon is "living outside of the community" as of June.

The siren voices are getting louder and more strident ... 'The Church must revise its teachings on human sexuality.'

In my youth I wanted the Church to revise its teaching on contraceptives, and to my shame I remember feeling mild hostility towards the courageous Cardinal John Heenan (1905-1975) in England who came out strongly against the Permissive Society.
Time proved me wrong and the Church right.

The American playwright William Inge said:
'Whoever marries the spirit of this age will find himself a widower in the next.'

Inge was a closeted homosexual and committed suicide, so you are right to remind us to pray for all those with same-sex attraction.

The Gay Agenda has drawn in young people all across Europe, the US and Canada.

In my own city, Glasgow, Scotland, there was a 'gay rally' last summer.
The young people who attended it were happy and well behaved.
Curiously there were flocks of young women very few of whom were themselves gay.

Clearly this is a 'youth-quake' activity.

Remember that the cultural landscape will look very different 10 or 20 years from now.
Many homosexual activists will recant their views on sexuality just as I changed my mind on the true nature of the Permissive Society.

Hi! I’m happy to speak with you and answer any questions you have. No need to surreptitiously take from my social media accounts. I’m perfectly willing to chat or email with you about your concerns. Just reach out. Be well!

I'm gay
I'm queer
I love men
I was born this way
Women have rights over their own bodies
Oh, and I'm gay