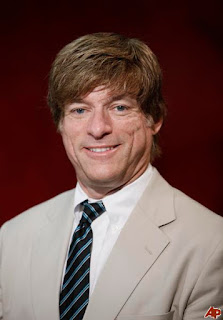 It seems like everyone has a problem with everyone these days.

If it's not this person, it's that person. It never seems to end, this nitpicking and character assassination.

Whatever Mr. Voris' problems are, they are his problems and he needs to work them out, just like we must work out whatever our own problems are.

We can't do that for him. However much we might want to.

But does it justify the "fraternal corrections" that are going on right now with regards to his past homosexual lifestyle - which he has fully, publicly repented of, by the way - and his denouncement of the homosexual lobby in the Church via his apostolate, Church Militant?

This bringing up his homosexual past to call his denouncement of the homosexual lobby hypocritical, by the way, is detraction.

And what do they call detraction? A mortal sin.

Look, folks. Yes, the situation in the Church is bad. It's really bad. So bad, to the point where yours truly is really not interested in delving into the muck and pulling out whatever is wriggling to write about, for their own spiritual benefit.

But that doesn't justify any of the backbiting and whatever foolishness we are doing. I get it. We're angry. We're frustrated. We've been poked at in a cage for 50 to 60 years. We want to punch someone - figuratively speaking, of course. We want answers, we want solutions, and we want them yesterday.

But, is any of this acceptable to Our Lord? Of course not. What did He do when He hung on the Tree of our salvation? He asked His Father to forgive His enemies, for they knew not what they were doing.

We are all called to imitate Our Lord in this life.

So, perhaps instead of going out there to "call out" Mr. Voris for his particular mistakes, and whatever "beef" you have with him, perhaps pray for him and his intentions?

This would be a much better action than what others have suggested so far, suggestions that I have echoed and have since realized were uncharitable on my part.

In short, leave Mr. Voris alone! Do not continue the cycle that has plagued the Church since 1970.
Posted by Irenaeus at 12:30

Your call to leave someone alone cannot me in line with justice as it pertains only and specially to one individual.

Charity demands that we don't participate in detraction, no matter what side of justice we are on.

A truism displayed in poor form yesterday. Is this what it has come down to? Side-picking?

I thought we were better than this.

Jesus prays for us so that we can withstand the attack of the world (John 17:14).
'I have given them your word ...'
That is our number one weapon.

The Apostle Paul bids us put on the armour of God (Ephesians 6: 10-18).
The belt of truth.
The breastplate of righteousness.
The shield of faith.
The helmet of salvation.
The sword of the Spirit, which is the word of God.

'I have given them your word, and the world has hated them because they are not of the world, just as I am not of the world.'
The Gospel of John gives us a way of dealing with the world without ever forgetting that 'God so loved the world that He gave his only Son'.

As David Robertson says in his latest post (see his blog the Wee Flea) the Western world now worships Aphrodite and we are all exposed to this view of sexuality every minute of every day.

If you want a Protestant understanding of this listen carefully to the 'Nature of Apostasy' (1-5) by A.W. Pink on YouTube, preaching of a kind that has vanished even from many Evangelical churches.