What love isn't: A message to the sodomites and their supporters 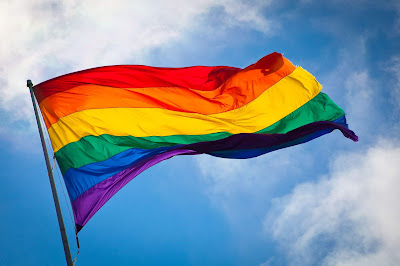 Recent days have seen the Archbishop of Kingston turn his cowardly tail and abandon one of his priests, Fr. Crisholm. Relevant commentary on the subject can be found here and here.

Naturally, being June, the turning tail is centered on homosexuality. In the Archbishop's rebuke of Fr. Crisholm, as well as the "uprising" against Fr. Crisholm, there seems to be a misunderstanding of what love is, and what it entails.

So, to the sodomites and their supporters, including the Archbishop of Kingston, allow us at Toronto Catholic Witness to clear up that up for you.

Love is not made by the anus.

Love is not made by felching.

Love is not made by engaging in oral sex.

Love is none of these and the other disgusting things sodomites do to each other.

What, then, is love, better known as charity?


Charity is patient, is kind: charity envieth not, dealeth not perversely; is not puffed up;
5


Is not ambitious, seeketh not her own, is not provoked to anger, thinketh no evil;
6


Rejoiceth not in iniquity, but rejoiceth with the truth;
7


Charity never falleth away: whether prophecies shall be made void, or tongues shall cease, or knowledge shall be destroyed.
9


We see now through a glass in a dark manner; but then face to face. Now I know in part; but then I shall know even as I am known.
13


And now there remain faith, hope, and charity, these three: but the greatest of these is charity.

That, then, is love, beautifully described by St. Paul in his first letter to the Corinthians, chapter 13.

One cannot find that sort of love between sodomites who are "married," as sodomy is inherently selfish.

It can only be found between a man and a woman joined to one another.

Think about this the next time you support sodomy, layperson or not.
Posted by Irenaeus at 18:35