This Sacred Heart Friday, does charity reign in our hearts? 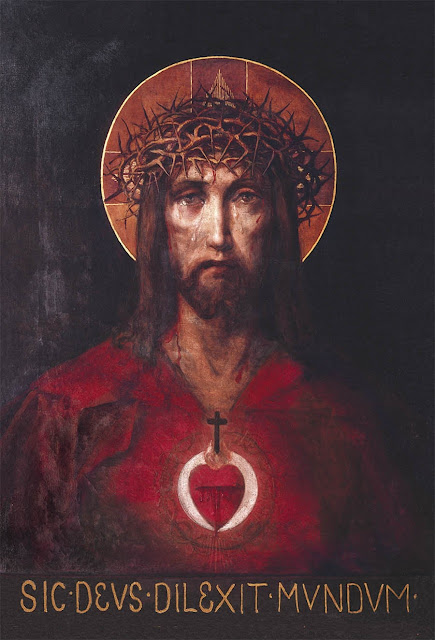 Today is the feast of the Sacred Heart.

It happens to be a Friday. So, the question inevitably arises: Can we eat meat today?

The question tends to provoke a sense of, shall we say, spirited debate online.

People fall on one side or the other of the debate.

Some say that since it is a Solemnity, following canon 1246 of the 1983 Code, one is freed from the custom of abstaining from meat on Fridays.

Others, using either calenders made by traditional Catholic groups or old missals, argue it is not so.

Being poorly trained in canon law and not having many years under his belt as a Catholic of good standing, this writer will not come down on either side with any sense of authority.

He will, however, ask a few pointed questions.

Do we not see Our Lord Jesus Christ kicked, slapped, trampled, beaten, and spit on each and every day?

Not just by non-Catholics, but also by Catholics baptized and confirmed - Catholics who should really know better?

How have we - traditionally-minded Catholics that we presumably are - disfigured the face of Our Lord Himself?

We all have a sinful past. We are still sinning. Unless we were to die this very second, it is certain we will sin again.

It is long past due time for us to pay for what we have done. It is fitting Sacre-Coeur falls on a Friday this year.

So, if we treat this day as one where we brag about eating meat on a Friday because the corrupt and disbelieving hierarchy says we can, perhaps - just perhaps - we are doing it wrong.

Perhaps we are adding to the disfigurement of our Lord when we do so.

Is it not time to perform small acts of charity to make up for the great acts of uncharity committed daily?
Posted by Irenaeus at 17:00