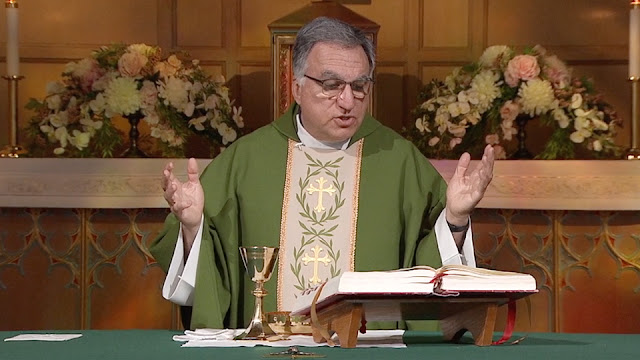 Fr. Thomas J. Rosica, CSB, formally of Salt and Light Media Corporation as of this past Monday, is a serial plagiarist, caught redhanded after over 30 years.

Plagiarism, essentially, is stealing and lying about it in a written context.

Stealing and lying are mortal sins, as the Ten Commandments inform us.

Tom is a priest, obliged each day by his Holy Orders to say Mass, either publicly or privately.

Holy Mother Church teaches that when a priest says Mass in a state of mortal sin, it is a sacrilegious Mass. In other words, the priest himself perpetrates sacrilege, and he invites great judgment from God when he does so.

Tom said countless Masses - such as the one above - while copying and pasting from the works of others without giving them the benefit of the citation since his first days as a priest.

Tom said Mass during the days Vox and Fox Cantoris opposed his attempts to bankrupt them, as he threatened their livelihoods with a ridiculous lawsuit based on lies.

Tom continues to say Mass while refusing to publicly apologize to and re-compensate Vox and Fox Cantoris, as well as the Chinese Catholics of Toronto, for making their lives miserable for no reason other than to satisfy his vengeance.

Tom continues to say Mass while refusing to sincerely apologize to each writer, academic and blogger he has stolen from without citation, all in the name of sounding original and furthering his own ego.

Tom continues to say Mass in a serious state of mortal sin, obstinacy and impenitence.

Given these facts, what are Tom's Masses but sacrilegious, and his priesthood a total joke?

That is all. Pray for Tom to fully realize the magnitude of his actions, past and present, and make complete and utter atonement for them. 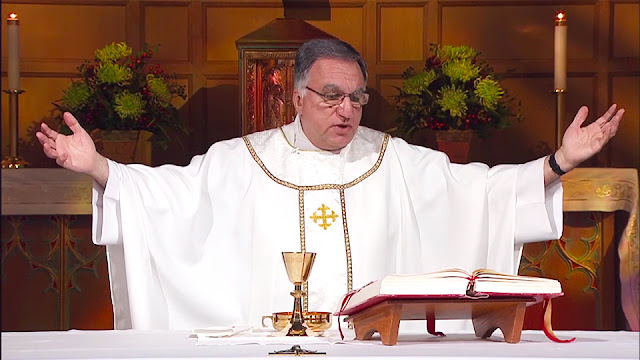 How many modernist priests celebrate mass in this same state of mortal sin? The Novus Ordo although now valid if said properly is still schismstic of the Roman Rite (proper) as the New Rite is exactly that; a new rite. It may at times be vaid but always illicit for the traditional Catholic. Fr. Rodica is sadly an example of the average Novus Ordo Priest.

Full restoration is needed. The worst is yet to come. The crisis has barely begun. The up coming Amazon Summit will only hasten the crisis. While the Novus Ordo brought us Protestantized Rite the Summit through Synodality will bring us a fully Paganized rite.