Another reminder of how Twitter is evil, from the example of Fr. Kevin M. Cusick

I find it evil.

Yet, I have an account on it. Why? Because it is a cesspool of filth. People need to be instructed on what the Truth is, and we cannot ignore the times we live in. I have a comparatively small voice on it. I doubt people really listen to me on there, those who are "against" me. But still I tweet.

Twitter has an alarming tendency to form mobs quickly. It is the nature of the platform - you can quickly reply, "Retweet," and "Like" Tweets in less than a minute. Many people's profiles are public and those who do not "follow" you can chime in and add to the conversation

Such a mob formed against Fr. Kevin M. Cusick in the last few days. I found it extremely distasteful, not only in that he was a flagrant calmly stating what a priest has to say about modesty, but that certain professional Catholics like Katie Prejean-McGrady (might be related to Sister Helen Prejean) went after him for not "being welcoming enough."

It is in times like these I am embarrassed to be a Catholic. I wonder what people are thinking of those who turn on each other - especially when they are people who purportedly profess peace and love!

I would say more, but Fr. Cusick can speak for himself. 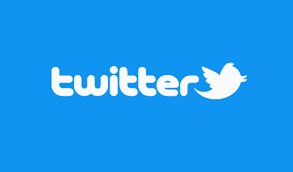 Email ThisBlogThis!Share to TwitterShare to FacebookShare to Pinterest
Labels: Catholic, Crisis in the Church, culture wars