Why I no longer subscribe to the idea of "true" traditionalism 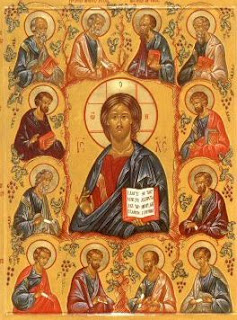 Earlier this year, I began writing a series on the problem of "true" traditionalism, starting with a post directly countering the claim that there such a thing as a "true" traditionalist. That was quietly followed by a post which questioned the distinction between "true" and "false" traditionalists, based on conversations I had seen on Twitter.

At the beginning of Lent, I posted a piece directly countering the "counter-revolutionary" position, detailing what holders of that position believe. That earned me a stinging rebuke from someone whom I suspect I used to know, and encouraged me to keep writing, for it was clearly a problematic philosophy, enough for someone to almost immediately go on the defensive as soon as the post was published.

Unfortunately, I posted the piece the same day St. Michael's College School in Toronto officially endorsed sodomy, and it was decided that my series would have to wait, for it was not as pressing as sodomy. Lent soon ensued, and I was taken up with other business, least of all dealing with the negative effects of the endorsement of sodomy in my home.

Easter is now here, and with it, a sense of clarity. I held off on publishing the rest of my series during Lent, not just on account of the penitential nature of the season, but also because I held on to some (perhaps foolish) hope that the local counter-revolutionaries would come to realize that their position was foolish, and apologize for disparaging those who were not their particular brand of traditionalist. This hope was not fulfilled, as I sadly realized on the Easter Vigil.

For that, friends, is why I am exerting the effort to put this series together. I once considered myself a "true" traditionalist. A counter-revolutionary. I am someone who has a historical bent, and for several months, enticed by the wealth of supposed historical evidence available, I firmly reasoned that the problems with society began with the introduction of humanism in the 13th century. However, I also participated - to my regret - in the direct disparaging of individuals in the Toronto community. Not calling them names, exactly, but calling their adherence to Tradition into question based on what I perceived their Tradition-defying actions to be, in a most uncharitable manner.

It came to a breaking point this past November. Six months ago. The mind can only justify so much sin, and that month, my conscience was tweaked. Events went on as they did, and my Lent was much quieter than it was in previous years, to say the least.

Perhaps if I had had a different sort of experience, or a less sensitive conscience, I would not be writing what I am now. But it is what it is. And it is not a problem confined to the Toronto Archdiocese, sadly. I have seen it in Britain and America, amongst other places.

True traditionalism does not exist. It never did. Not now. Not in the 1400s. Not in the 1960s. It is a placebo designed to make people think they are fighting when they are in fact enabling the revolutionaries, the abusers and Lord knows who else to destroy the Church from within.

There will be those who argue that by writing this series, I am contributing to the problem. Causing division and disunity. That may be the case. I don't know, and I know people will come to their own conclusions about what I am writing.

"True" traditionalism is, from my observations adn expereinces, a variant of liberalism, infected with a veneer of neo-Manicheanism. St Augustine had to deal with these people in his day.