Are we to apologize for speaking the Truth? 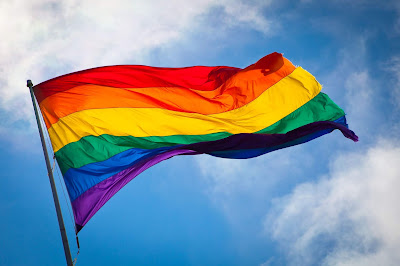 Most of us can point to several saints we hold in admiration for speaking the Truth and sticking to it, without apology, be they St. John of the Cross, St. Theresa of Avila, or St. Alphonsus Ligouri.

But how many of us actually imitate the saints we admire in this quality?

These are temptations I am becoming quite familiar with, on account of speaking out against my brother's open embrace of sodomy, both in person and in a straight-to-the-chase letter I sent to him. Just the other day, I was encouraged to write a different sort of letter, where I was to soften my tone and apologize for my earlier words, which were supposedly "condemning, judgmental, and personal" in my statements regarding my brother's sodomy. Almost immediately, I reasoned that while I would apologize for my tone, I would not apologize for what I ultimately wrote, for it was the Truth. I said so, and I was accused of, memorably, living in the 1700s while the rest of my family lives in the 2000s.

I will not bore you with the rest. But my experience led me to contemplate on the prevalence in our day and age of apologizing for speaking the Truth.

Indeed, it is all too common, this habit of apologizing for the Truth. Take the Archdiocese of Toronto, for instance. Its policy of silence in light of, say, OECTA's promotion of sodomy on the lawns of Queen's Park, is itself an apology. Their refusal to say it is wrong to use the "Catholic" label to promote active sodomy - one of the four sins which cry to Heaven for vengeance - and instead resort to silence, saying nothing at all about it, is disturbing. It is almost as though the Archdiocese is embarrassed for holding the Truth, and wants to simply be on good terms with everyone.

Have the Church hierarchy - here and elsewhere - succumbed to the vice of human respect, conforming to the world instead of asking the world to conform to Her? It certainly seems so.

Our Lord Himself said that if we wish to follow Him, we must be prepared for contention and enmity with the world, especially when that world includes our own family members. Following Our Lord is not a life of comfort and ease. It is a path of life which will include much hardship and suffering, a reality Our Lord Himself affirmed during His time on Earth. Not just from the Jews in Jerusalem, as we heard in Sunday's Gospel, but also the Jews in Nazareth, and other places.

Our Lord could have easily softened His tone. But because He knew people would not accept Him and that the Truth could not be compromised at any cost, He refused to do so. Ultimately, it cost Him His life, a life He willingly gave up for us.

In a heartbeat, all of us would answer this post's titular question with a resounding "No." But, in practice, we would find it difficult to maintain that "No." I certainly do. Most of us would find it incredibly difficult to give up the lives of comfort we live - in whatever form that takes - for the sake of the Truth. This is what seems to be afflicting the Archdiocese of Toronto, to its shame.

Let's do better than that. Let us imitate the saints we admire so much - nay, our Lord Himself! 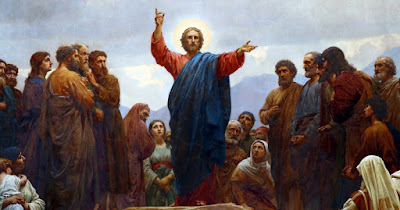 On another note, is there a writer at Toronto Catholic Witness who can find out exactly why the Sacra Liturgia conference was cancelled for Toronto?

The archbishop gave the event his full support, but it looks like there were too few traditional Catholics in Toronto with the talent and the generosity to make this happen. Or was there something else that happened? TSE