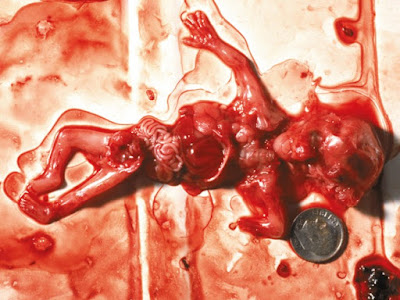 The post below, So, what will it be, Cardinal Dolan? Excommunication or friendship? has had over a thousand hits. It was prompted by thoughts on how Cardinal Dolan would react in the face of CINO NY Govenor Andrew Cuomo's signing of a bill that would allow NY State to perform abortions up to birth without restrictions or penalties.

Sadly, Cardinal Dolan's response has been less than satisfactory - it would appear friendship is indeed the name of the game for the Cardinal.

However, in my frustration over this prince of the Church continuing to act like a prince instead of a shepherd, I did not realize New York State was not the first state in America to legalize abortions up until birth.

It is merely the latest in a line of states which have betrayed their Catholic populations.

Washington, D.C. is also included on this shameful list.

All of these states have legalized murder of innocent children without gestational limits.

Now, Virginia is poised to join this shameful list as a Democrat has just proposed a bill that will allow abortion up until birth in that state.


Where is the USCCB on this?

Moreover, why have the Canadian bishops as a whole continued to remain silent on abortion, despite it being allowed up until birth across Canada since the Supreme Court of Canada declared restrictions on abortion unconstitutional in the Morgantaler decision?

Where is the CCCB?