EXCLUSIVE: "The Homosexual Conspiracy Against the Catholic Church" ~ COMPLETE VIDEO

Dear friends, Toronto Catholic Witness is honoured to bring to you and your loved ones the complete 1991 lecture that Fr. John O'Connor gave on the infiltration of the Catholic Church by militant homosexuals. This extraordinarily prophetic talk is even more relevant today than when it was first made. All that Fr. O'Connor spoke of, fought, warned and predicted has come to pass: homosexuals have taken over most religious Orders, seminaries, convents, infiltrated dioceses, chanceries, universities and schools. Finally, the homosexuals have deeply infiltrated the Vatican and Roman Curia. 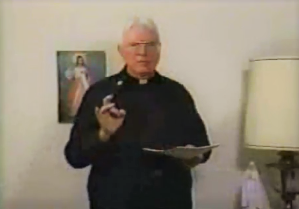 These "gays" have spread lies, error and confusion amongst the laity in their relentless promotion of sodomy. Internationally known pro-sodomite priests such as Timothy Radcliffe and James Martin roam freely spreading poison, because they have very powerful protectors in their religious Orders, as well as  in the Vatican. 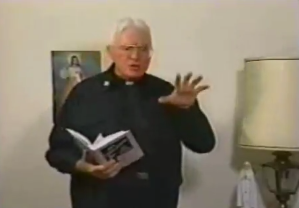 Many of you will know that Fr. O'Connor strove to expose the homosexual infiltration in his Order, the Dominicans, back in the 1970s and 80s. For that effort, Fr. O'Connor was suspended and eventually expelled by his homosexual Superior, Donald J Goergen.  The Vatican - already years ago heavily infiltrated with homosexuals - backed Goergen. However, the brave, holy Fr. O'Connor knew that it was he who was loyal to our Blessed Mother and St. Dominic, and not these usurping Homo-Dominicans.

Stay with us, as our next video will be a detailed history and recounting by Fr. O'Connor of the homosexual takeover of the Dominican Order in the United States that began at least as early as 1952.