"Ridiculus, irresponsible", are Rosica's claims against Fr. de Souza's article in the Catholic Herald of October 13th that reviews the monumental Open Letter of "the 13" to the Pope advising against the distribution of Holy Communion to Adulterers.

I have one question for Thomas Rosica: when are you going to own up to your "irresponsible" interview with the arch-heretic Gregory Baum?

Is it not rather bizarre - to say the least - that Thomas Rosica is concerned abut "loyalty to the magisterium", yet he praised and showed his support for Baum on his Salt and Light television show? 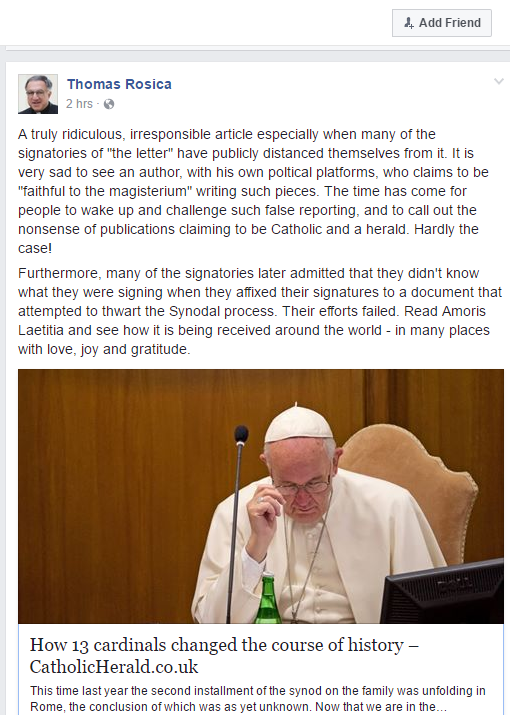 Would Fr. Rosica kindly inform us of the names of those signatories that have distanced themselves from 'that letter'. If not, it is he who is appearing ridiculous & irresponsible not Fr. de Souza.

Fr.Rosica Another Protestant who was somehow ordained a Catholic Priest